Where, oh where has this month gone!?  February seemed extra short to me this year.  Somehow I still carved out some time to create, so can't wait to show you how my birds of prey challenge went this month.

For years I volunteered at Chintimini Wildlife Rehabilitation Center outside of Corvallis, Oregon. The organization  rescues, cares for, rehabilitates, and releases as many wild animals and birds as possible each year.  I specialized in training new volunteers, and rearing older orphaned (fledging) songbirds and raccoons.  Raptor care was handled strictly at the volunteer center, due to the specialized handling and housing needed.  Over the years that I volunteered, I was able to care for and observe most of the different raptor species that reside in the Pacific Northwest.  The main goal was always wild release of a healthy animal, but every year there were some birds of prey that could never be fully rehabilitated.  While some could be rehomed to other facilities, such as zoos and regional wildlife centers, some were kept at the center to be part of the education program.  Only birds of prey were kept on as education animals for Chintimini's outreach programs, as they never become fully tame and appear unappealing as a potential pet.  They are always a good example of why it's important to rehabilitate and release wild animals as quickly as possible.  Even after working closely with many types of wild animals and birds of prey, one species in particular is close to my heart. 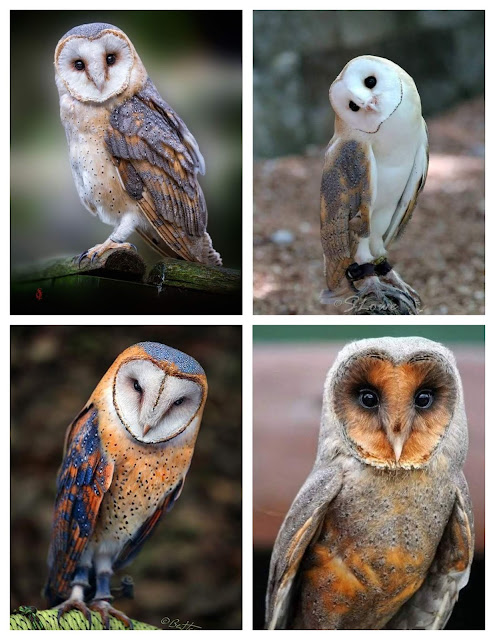 I have long known that barn owls are one of my spirit animals.   I had some outstanding encounters with them at Chintimini's, and also in the wild.  There is nothing quite as eerie as the scream of healthy barn owl...unless it's a night encounter as a ghostly pale shape soars silently past your head.  One time we had both an abnormally pale morph barn owl, and a melanistic barn owl in the clinic at the same time.  It was super interesting seeing such dichotomy in the same species!

I had glued down and partially bezeled a barn owl face cab by Jenny a couple of years ago, intending for it to be part of a completely different project.  When that idea went a different direction, I stashed this away in one of my boxes.  When this month's challenge theme was announced, I finally knew that it was time to finish my barn owl cab into something I could wear to share my love of this fine raptor. 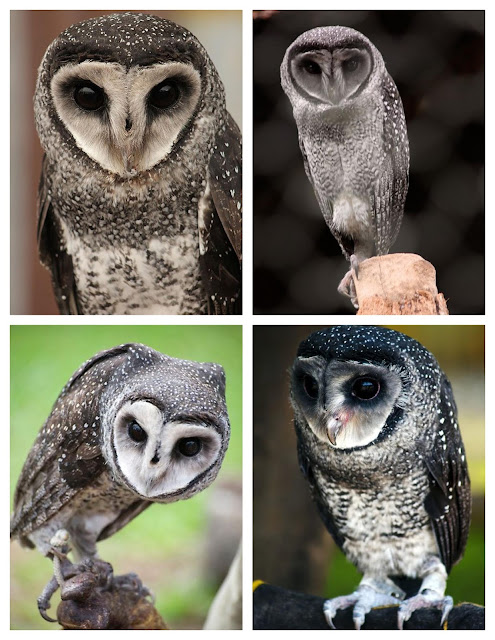 While I was pinning ideas for the barn owl necklace at the beginning of the month, I stumbled across pictures of what I at first thought was a kind of "goth" artist's interpretation of a barn owl.  I came to discover these beautiful owls are actually Greater and Lesser Sooty Owls from Australia.  They are of the same genus as barn owls - Tyto - which consists of 15 species world wide.  Just look at these gorgeous creatures!  They look so similar to a barn owl, but for some reason I was completely smitten with the coloration and had to try my hand at a sooty owl as well.

Meet Tenebrous - my plush sooty owl.  Not sure if he's a greater or lesser sooty...he's still shy.  I'm pretty pleased with myself that he turned out so close to my original sketches.  And the name fits too - tenebrous means "obscure" or "murky", and the latin root tenebrae means "darkness".  Fitting, isn't it?  I'm not sure if he will end up as a bed pillow or throw pillow on the couch, but either way, he's very good at cuddling.  Maybe I'll try my hand at patterning some more plushies in the future!  I've had enough practice sewing other people's pattern's at this point, it's a fun challenge to take the ideas in my head and turn them in to reality. 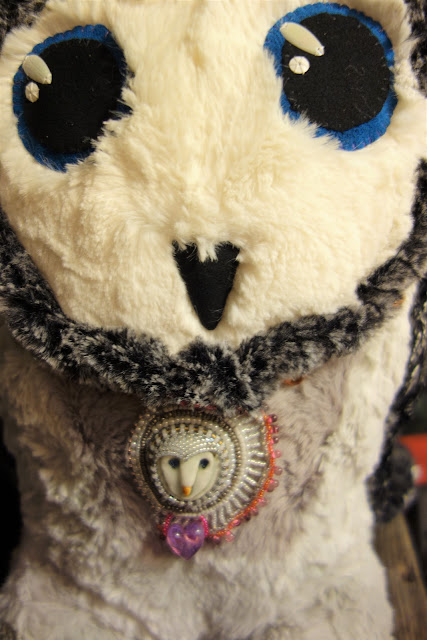 I do hope you'll hop along and see how everyone else was inspired by birds of prey this month!  I can't wait to see what everyone else has been up to!