This month over at the Art Elements blog, we had the wonderful opportunity to play with some of Sue's recent creations - lampwork scarab beetle beads.  If you have been following my recent posts over there, you will know that I have also started catching and preserving insects this year.  Being able to tie two of my hobbies together was very inspiring!  I think I'll be wearing this piece a lot! 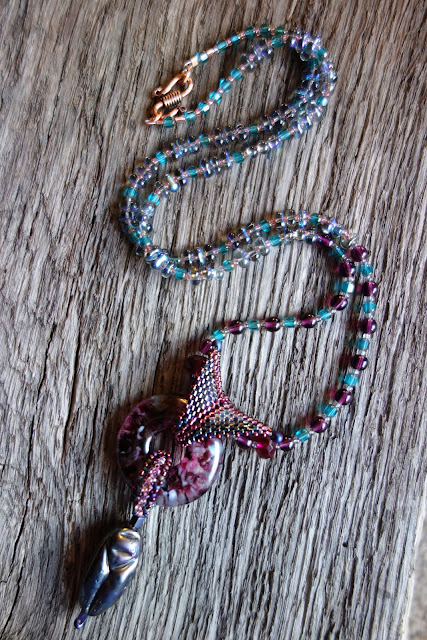 Sue had also sent me this really cool fused donut previously, and the colors worked perfect with my metallic scarab.  "Oil-slick" iris finished beads have been some of my favorites since I was 10 years old, and I love how it incorporates the iridescence that insects have naturally. 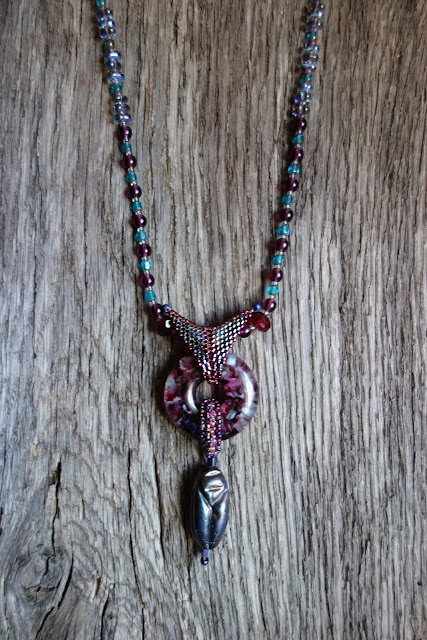 A donut is one of my favorite components to incorporate in a long pendant.  There is just so much potential for embellishment and suspension, along with it being such an eye catching shape and size. 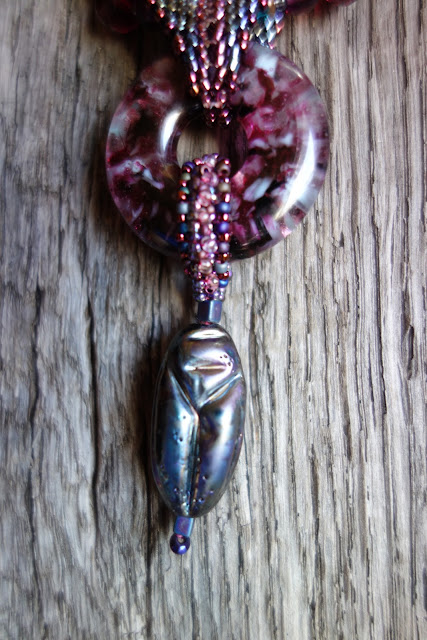 To suspend the scarab, I worked a strip of square stitch into a loop, and hung the scarab like a single strand of fringe.  The strip then needed some embellishment to balance out the heft of the scarab and donut, so I stitched beads in layers until I was happy with the texture and colors.  Just look how much color is in the scarab itself! 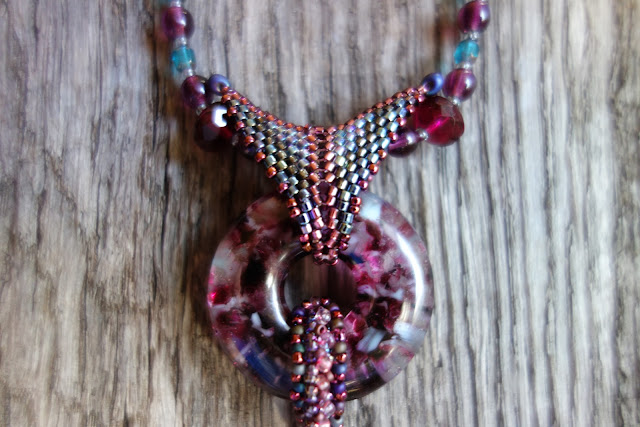 After the scarab and donut were attached, I made a warped square of peyote stitch - this is one of my favorite techniques to make a bail to suspend a large pendant.  Because the opening is large, it leaves opportunity to pull the pendant off of the necklace, and suspend it on a ribbon, cord or piece of leather too. 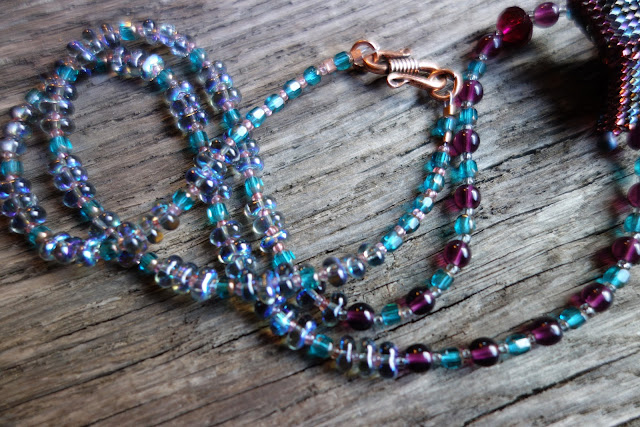 Right now I decided to do a strung strap to hang the pendant from, since I had coordinating beads pulled out.  The front section has coordinating fire polish, cathedral and pressed Czech glass beads.  Then the majority of the necklace is sections of large peanut beads spaced out by seed beads and single small cathedral cut beads.  Right before I crimped, I strung a series of just the small cathedral cut beads to allow my fingers a smooth place to fiddle with the clasp. 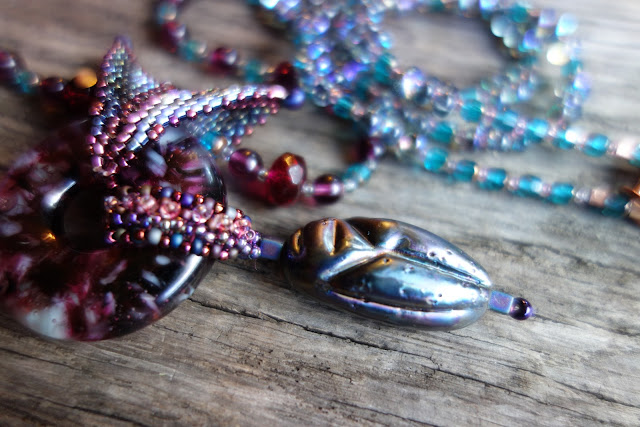 I hope you enjoy my creation this month!  I think this will be my new good luck bug catching necklace!  Thank you so much Sue, for allowing us this chance to play with your creations.  I hope you will hop along and see what everyone else has created with their beetles.  I'm off to do just that!